Phil Vickery Posted on 16 September 2009
Roquefort was one of the first cheeses in France to be given the Appellation d’Origine contrôlée in 1925. The unique caves where the cheese is produced attract some 200,000 tourists annually and provide a living for more than 10,000 people in the Aveyron region. 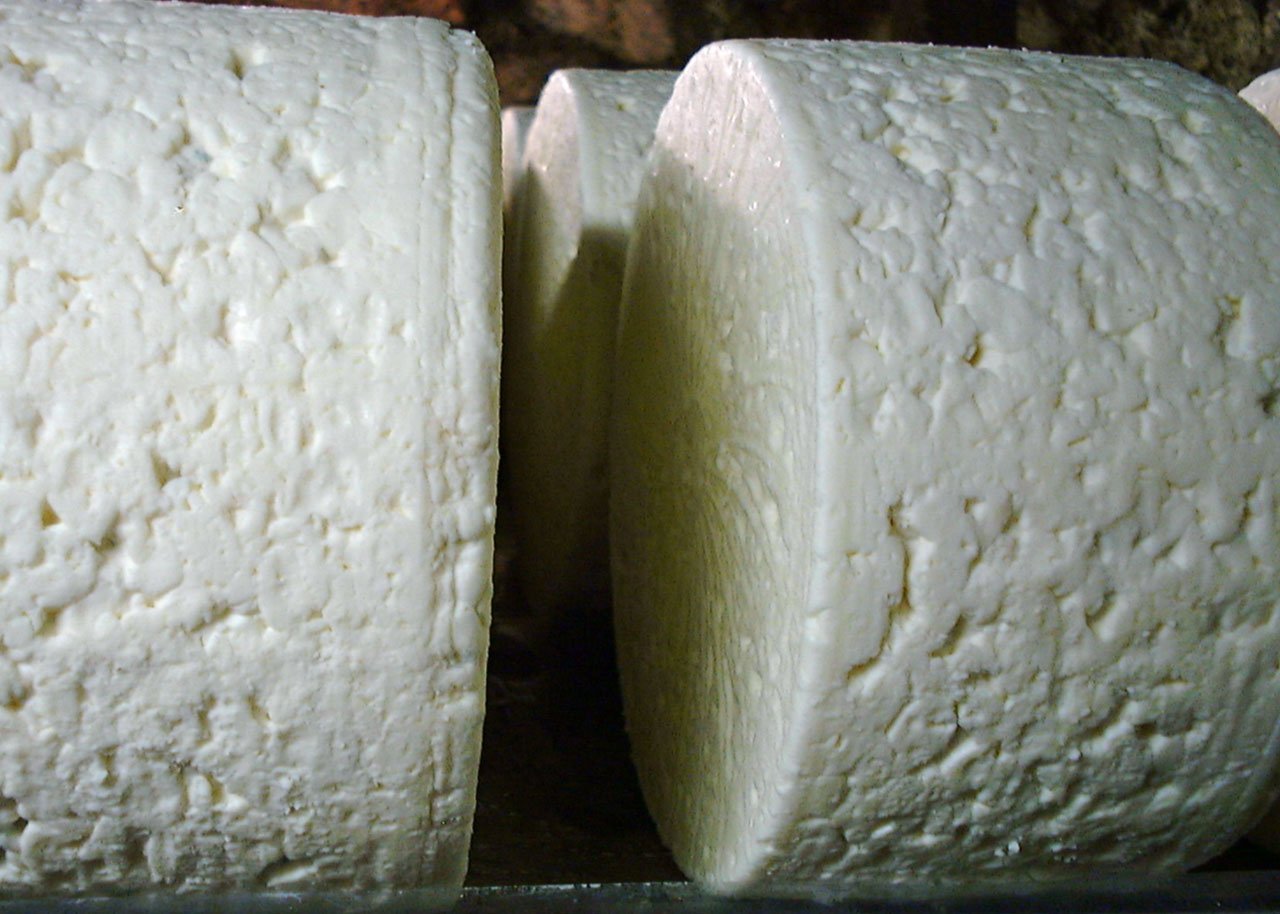 The sheep”s milk must be transported to the caves in 40-litre containers rather than tankers, so the milk fat is not broken up on the way. This milk is not pasteurized or homogenized.

It is prepared with rennet before the whey is drained off, and the curds are ladled off for the mould to be added. The cheeses are then stored for three months whilst maturing (affinage) and turned frequently.

A wheel of Roquefort weighs between 2.5 and 3 kg and is about 10 cm thick. The mould responsible for the Roquefort distinctive character is called Penicillium Roqueforti and is only produced in the soil of the caves of Roquefort. Traditionally, bread is left in the cave for 6 to 8 weeks until it is consumed by mould and reduced to a mouldy powder. This powder can then be added to the curd or sprayed as an aerosol through holes in the rind.

The caves themselves are perfect for cheese production as they have small fissures in the wall, which allow for air circulation while still maintaining the constant damp and cool temperature required to produce the mould.

Genuine Roquefort can be identified by the red sheep seal on the packaging. 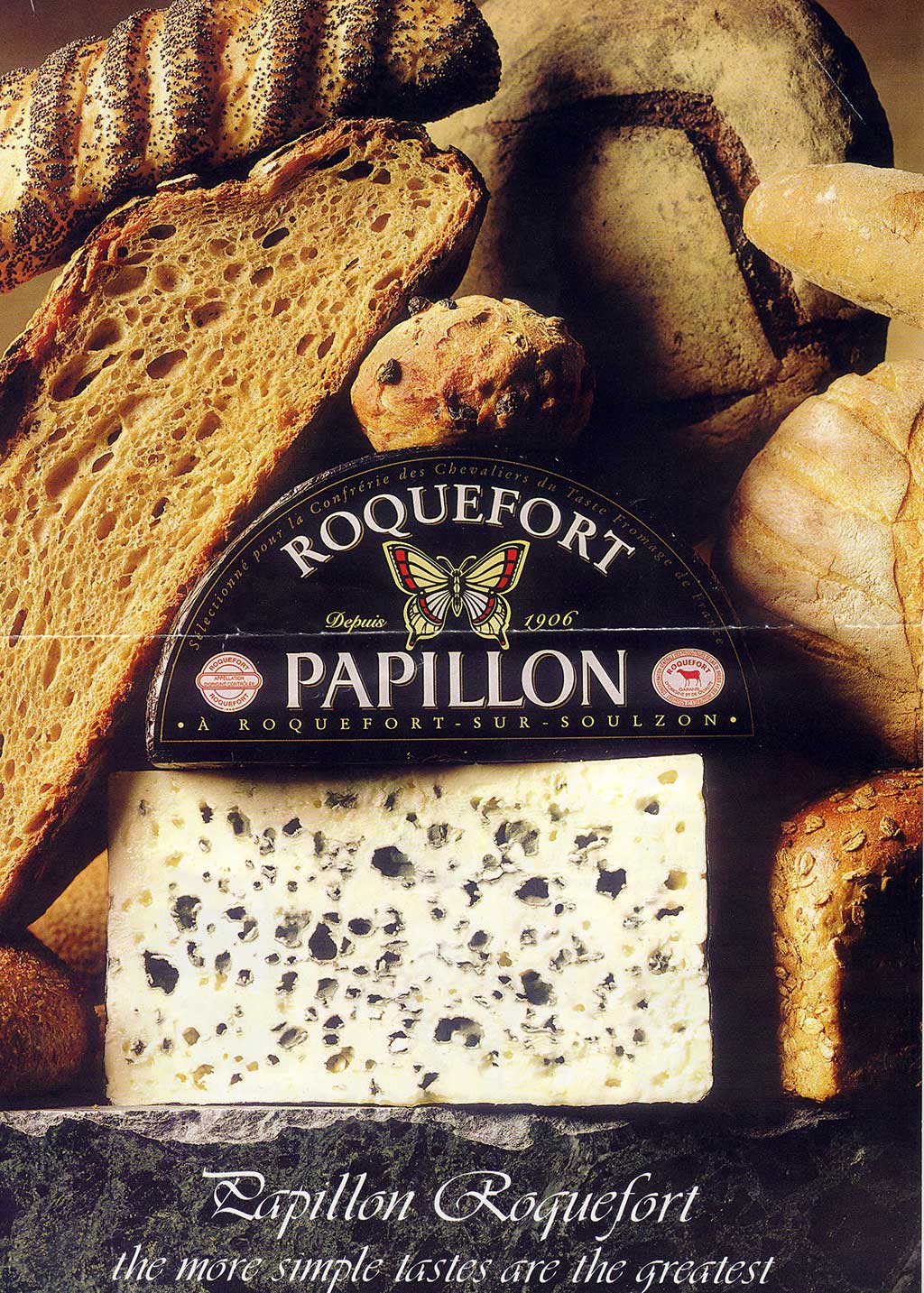